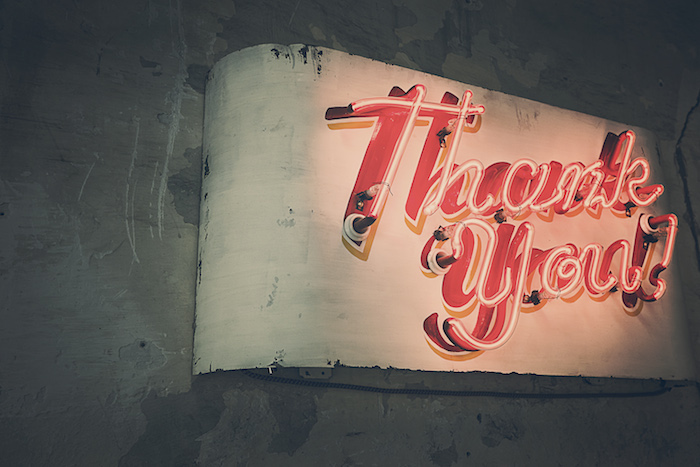 There seems to be about a 50/50 split among marketers I’ve talked to on whether or not it’s a good idea to incentivize lead gen efforts with prizes to boost lead counts. Roughly half think prizes are a great way to boost attendance for webinars, survey participation or content asset downloads. The other half feel that it dilutes overall campaign lead quality and doesn’t align with the goal of finding, and speaking to, only the most qualified of prospects.

But are prizes and incentives really a lead quality ‘sinkhole’? Or can they lift your lead counts to the next level?

Since executing B2B lead gen campaigns as Co-Founder of ActualTech Media, my opinion has swung strongly toward incentivizing in a big way. At ATM, we’ve seen prizes lift webinar registrations by over 60% and downloads of content assets by over 140%. For instance, here’s some stats from a recent webinar campaign where we tested ‘having .vs not having’ a prize:

*Identical traffic source, landing page, copy, reg forms. The only difference was the addition of a prize promo. These results have since proved typical in campaigns we’re working on.

So how can you use incentives and prizes effectively to boost your lead numbers without tanking quality? Here’s some factors to consider in using incentives well and some ideas on how to maximize the lift:

Think about this for a second: In B2B sales – especially in the Enterprise IT world – a single sale can be worth thousands or often hundreds of thousands of dollars. If just one qualified prospect swung from potentially registering to definitely registering because you have a prize they find neat or compelling, the entire incentive or prize has been paid for many times over. Why not risk pushing that one potential prospect over the edge and into the funnel when the relative cost is so low? You miss 100% of the shots you don’t take.

Make the Prize or Incentive Genuinely Unique and Valuable

We’ve all seen these incentive pitches and collectively yawned. For your prize to actually provide lift, you need to be unique. How can you use this opportunity to stand out? This is where understanding your prospect’s persona is essential.


For your prize to actually provide lift, you need to be unique.

What would your prospects love to have but their spouses would never actually want them buying for themselves? If you’re marketing in the tech world, what’s hot AND unique right now? Go to Apple.com/store and sort by ‘most popular’ items. What would your prospects look like heroes for if they brought it home to their kids? For instance, with our ActualTech Media events, Lego has been a huge hit.

If you’re a little nervous about going too far away from your corporate line, what valuable on-message resources can you give away? Are there subscription services you could give away access to? Are there book collections that are handy for reference? Can you offer free licenses, copies or samples of your partner’s products? Can you buy an hour of a well-known experts’ consulting time and give that away to your lucky winner? The possibilities are endless, and they don’t have to be physically-shippable products.

Build Goodwill by Rewarding Participants for their Time

Your prospects’ time and attention is finite. Show that you actually understand that by offering your prospects a fair trade in exchange for their time. One of the easiest ways to do that in a scalable way is with a shot a genuinely enticing prize.


Show that you actually understand your prospect’s time is valuable by offering a fair trade in exchange for their time.

It says “we understand your time is valuable and we’re willing to do a little something extra to thank you for participating”.

But shouldn’t your content alone be reward enough for their invested time? Perhaps. But in reality, humans form brand associations on multiple levels. Why not seize an opportunity to go a little farther by showing that you’ve thought about all manner of incentives to reward their time and interest. At the very least your brand will be closer to mind and in a positive light when your sales team starts following up.

So let’s say that you’ve done a good job of boosting participation and leads by including a great prize or incentive. You notice attention levels on your webinar spike when you do the live draw. Great! But don’t miss a golden opportunity to capitalize on and extend the reach of the incentive draw. Turn the awarding of the prize and the announcement of the winner into an event all to itself. How?

Give the winner a shout out on Twitter, Facebook, LinkedIn. Ask the winner to retweet it. Once their prize arrives, ask them to tweet a picture at you with their prize and smiling face. Help future leads see that you really do reward participation in your events or readers of your content assets. Economies of scale await those who brainstorm ways to turn the draw or prize into an event of its own.

@VirtSoftware great webinar on future of virtualization. Even won a prize. Thanks guys!!! pic.twitter.com/bfRPaPoOC9

Now for the Objections…

So what about the standard objections to incentivizing lead response? Let’s look at the two usual suspects:

“We’ll just end up with a bunch of people who only registered to win something and aren’t really interested in our solution.”

“Sales will hate us for sending them a bunch of ‘prize-hounds’ who aren’t even close to qualified. We don’t have the sales cycles to chase down useless leads.”

Right again. But think about this for second: Is the problem that you’ve captured some low quality prospects, or is it that your lead nurturing and scoring processes could stand to mature to meet this challenge? Could a carefully planned and executed post-event or post-download automated lead nurturing funnel act as both a natural quality filter and even potentially move some of these ‘low quality’ prospects into the ‘qualified column’?

Rather than fretting over the efficacy of sending sales raw, un-nurtured leads and hoping for the best, why not invest the time to think about what happens after an event or content asset download to boost prospect interest before the campaign or promotion even starts?

Of course, there are situations where incentivizing lead gen just doesn’t make sense. We’ve worked with clients who have lower-cost solutions that need to be more careful how they filter leads, but like everything in marketing, test, test, test, and see if it works for you.

I’d be willing to bet the lift you’ll see by carefully incorporating prizes and incentives into your campaigns will make it well worth a shot.

In the very near future, I'll be compiling a list of what I consider to be 'must-read' articles for performance marketers.  If you'd like to receive that curated list of reads, feel free to signup below!

Recent Thinkings I Have Been Thinking